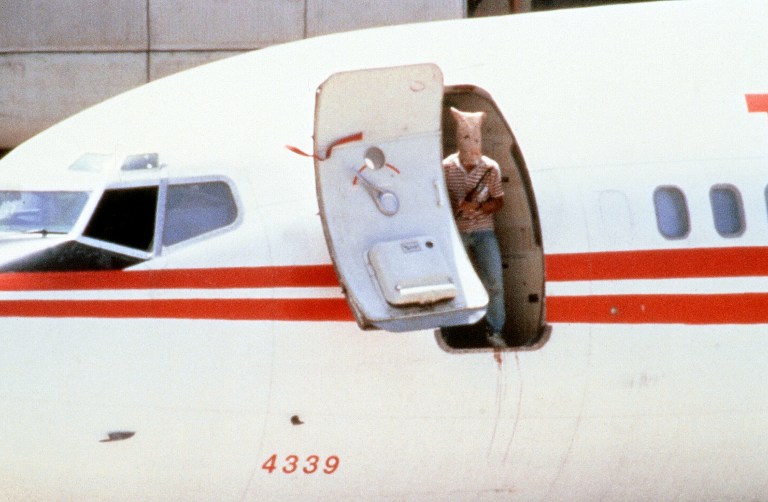 (FILES) One of two heavily-armed Lebanese Shiite militants, his face hidden with a bag, who hijacked a TWA passenger Boeing 727 aircraft, looks out from the door of the jetliner on June 20, 1985 at Beirut airport. Hezbollah top military commander Imad Mughnieh, thought to be the mastermind behind the TWA highjacking, was killed in a car bomb attack late February 12, 2008 in Damascus, a Hezbollah official announced on February 13. AFP PHOTO/JOEL ROBINE

© confessionsofatrolleydolly.com by Dan Air Create a free website or blog at WordPress.com.