In 1934 Central Airlines, which would later become part of United Airlines, hired a woman named Helen Richey to become the United States first ever female commercial pilot. She took to the skies on December 31, flying between Washington and Detroit. Her career however, was short lived and she resigned after just 10 months due to discrimination from the all-male pilots union.

It would be almost 40 years before another female would sit in the flight deck of a US commercial aircraft….

Emily Howell Warner nee Hanrahan was born on October 30, 1939 in Denver Colorado. From an early age she had always been fascinated by aviation and had her sights set on becoming a flight attendant after graduating high school.

At the age of 17 she took a trip on a Douglas DC-3 to see what life was really like in the skies and was allowed to go and sit in the cockpit. “The pilot could see how excited I was,” Warner explained “and he encouraged me to take flying lessons. I replied: ‘Can girls do that?”

With one look at the dazzling array of dials and switches, and seeing the pilots view through the windshield, Emily’s world was changed.

In 1958 she started flying lessons costing her $13 per week which she paid for herself, often working 14 hour shifts at her receptionists job with Clinton Aviation Flying School, frequently squeezing in a flight before and after work.

Her determination was there and a year later, she had her pilots licence. She took every opportunity to build her flight experience, often ferrying new Cessna 150’s back from Wichita, and flying for traffic reports.

In 1960, she became a flight instructor, and was soon promoted to flight school manager and chief pilot. She upgraded her aviation ratings, enabling her to provide flight instruction to the many – all male – airline pilots in the area.

In 1967 she became the first woman to be appointed a designated FAA Pilot Examiner. The fact that less qualified male students she was instructing were being hired by the airlines was not lost on her. Determined, she persisted, routinely and politely making her interest known to anyone in the offices of Frontier, Continental and United Airlines.

In 1973, after seven years of trying, Emily heard that Frontier had announced a new hiring class, and she was not on the list.  She marched into the airlines office and landed an interview with the airlines’ Vice President of Flight Operations, Ed O’Neil.

Though a simulator checkride wasn’t normally required, O’Neil asked her to take one in a Convair 580, one that even males found a challenge to manage. She passed the gruelling test with flying colours and, after much scrutiny, Frontier finally offered her a job on January 29, 1973.

This marked the opening for American women in one of the last sex-segregated occupations in the civil aviation industry. When Warner was hired there were no other women working as pilots for the major commercial airlines. By 1978 there were about 300 female commercial pilots in the US.

Her first flight as a second officer took off on February 6 from Denver to Las Vegas and within six months she was promoted to first officer.

In yet another first Warner became the first female member of the Air Line Pilots Association in 1974.

She would become the first female Captain in the US on June 6, 1976, the same year her Frontier pilot uniform was put on display at the Smithsonian National Air and Space Museum in Washington D.C.

In another first Emily commanded the first all-female flight crew on June 16, 1984 when she was joined in there flight deck by First Officer Barbara Cook. Speaking of the momentous occasion she said: “I feel good about it. I figured I’d be flying with a gal one of these days.”

Finally, in 2002, she retired from aviation after racking up more than 21,000 hours of flying.

Sadly Emily Howell Warner passed away in July 2020, she was 80 years old.

This incredible woman made aviation history almost every time she climbed on board an aircraft.

With great skill, grace, wit and perseverance, Emily paved the way for the thousands of women pilots that have followed in her footsteps and even after her death she will continue to inspire and serve as a mentor to young aviators.

You can read more incredible tales of aviation heroes in our ‘Angels of the Sky’ category. 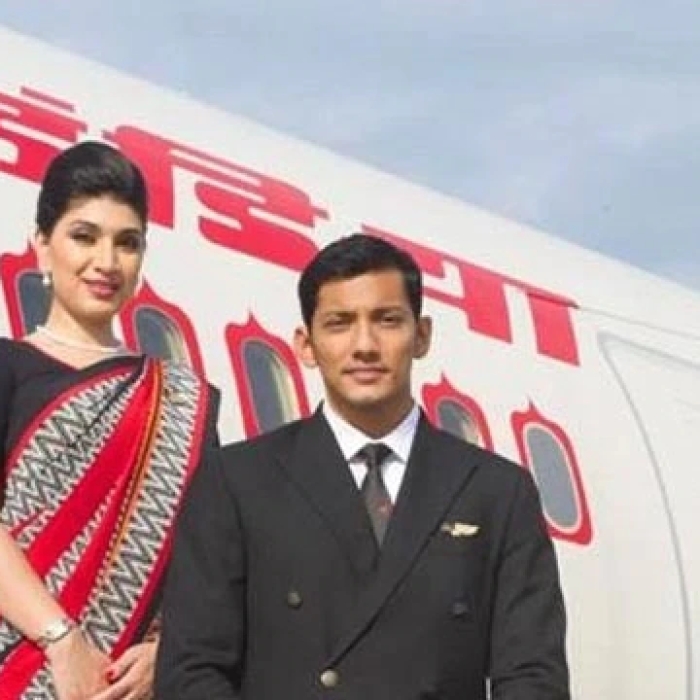