Here at Confessions Of A Trolley Dolly we like to make flying easier for everyone by allowing you a glimpse of life behind our galley curtain.

That is why we have shown you ‘How Not To Piss Off Your Cabin Crew’. Guided you through the ‘A-Z Of Aeroplane Jetiquette.’ Explained Aviation and Cabin Crew Jargon’ and even told you our ‘Top Ten Cabin Crew Lies.’

As cabin crew we are people’s people. We have to be, despite some of us hiding this trait well. But even the most patient of crew can be tested at times, especially when we get spoken to like idiots, asked the most mundane questions and passengers say the most inappropriate of things.

So here, with the help of some of my lovely dollies, we’ve put together the ’20 Things you should NEVER Say To Your Cabin Crew’.

“Well madam you’re somewhere over the Atlantic and I’m currently in hell”.

Sorry but my built-in GPS isn’t working at the moment, that’s what the moving map is for.

I know the Captain’s PA is pretty dull, but if you’d bothered to listen you would have heard him tell you, in every minute little detail, the exact route we have taken to get here and where we’re off to next.

Surely no one would ever be that stupid to say this on an aeroplane I hear you cry. Wrong! It actually happens more often than you think.

Not only will it get you in to trouble with the crew and fellow passengers, but it could also land you in a police cell.

One of the biggest pet peeves for crew around the world.

“You bring it you sling it. You pack it you stack it. You tow it, you stow it”.

If you’ve decided not to check your bag in then you better be damn sure you can actually lift it in to the overhead locker yourself. Believe it or not, it’s not our job to lift your bag for you.

HAHAHAHAHA! You’re hilarious. No honestly, I’m laughing on the inside.

So do you do up to 8 flights in a day? Do you fly up to 60 hours within 7 days and countless sectors each month?

True we serve food and drinks, and this waiter/waitress chooses not to serve you, you arrogant arse hole.

But this waiter/waitress can also deliver a baby and put out a fire 6 miles up. Give someone cardiopulmonary resuscitation (CPR), deal with a terrorist, help you if you’re choking, deal with a rapid decompression, put your arm in a sling or broken leg in a splint, memorise where every piece of emergency equipment is onboard multiple aircraft types and evacuate your sorry backside off this aircraft in less than 90 seconds.

Your lives are in our hands.

Keep making comments like that and we’ll be letting you burn.

Thanks hun, thanks for pointing that out and yes, yes I am tired. Tired because I’ve been on my feet for 10 hours, running up and down looking after your ass.

But I’m also tired because I’ve been partying non-stop and that rather hot pilot who’s flying us home kept me wide awake all last night!

It’s not all bad.

To be frank, I couldn’t give a sh*t whether the crew on the last flight let you smoke in the toilet and start a conga line up and down the aisles all flight – It’s not happening on my flight.

You might find our rules and regulations silly and annoying, but by enforcing them we’re just doing our job so please let us get on with it.

If you even need to ask that question then the answer will ALWAYS be no.

The galley is not a place where you should loiter. Not only is it our work space but it’s also our rest area.

That age old saying ‘You’ve paid for the seat, not the aisle’ is true and therefore you shouldn’t be standing in it any longer than you have to.

What do you think?

I want to wake up next to David Beckham every day madam but sh*t happens and instead I’m here serving you tea and coffee.

See the way I’m literally shrivelling up before your very eyes, that’s because being on an aircraft is dehydrating and I haven’t had a drink yet myself, so no, I won’t be getting you another drink just yet.

Oh you want an upgrade? Sorry but you’ve got to have the money honey, if we’d wanted to upgrade you we would have by now. Stop asking. It won’t happen.

And no there is nothing else to eat. This is an Airbus not Asda.

WOW! That must be amazing for them. What’s their name? Maybe I’ll know them? *eye roll

Cabin crew are fluent in many languages including sarcasm, it comes in the job description.

Maybe next time you see your sisters, friends, cousin you could ask them about why telling us that useless piece of information is so irritating.

Why do people ALWAYS say this as they get off the aircraft?

Do you really think that all I do is fly the same route day after day, week in week out? Well actually, I guess you’re not that wrong. Thanks for highlighting the fact that I have no life outside of work.

Or the similar “Don’t you want to work for (insert airline name here)” All short-haul crew will have experienced this before.

No I don’t want to do long-haul, if I did want to work for (insert airline name here) I’d already be working there, or maybe I already have worked for them and I prefer this airline thanks.

“Don’t YOU want to just mind your own business.”

No, no it is not. The fact the sign is red and says engaged is quite a giveaway. Did your parents never teach you ‘green for go, red for stop’.

And, why do people always need to use the toilet when the seatbelt sign comes on? Literally the moment it’s switched on for descent, or turbulence half the plane stands up.

First of all that’s none of your business.

Second of all even if I wanted to join the mile high club it most definitely wouldn’t be with you, unless your the B.O.B. (Best On Board) and even then it’s not worth risking my job.

If you’ve had a drink and plucked up some dutch courage to flirt with your crew, it may seem like a good idea. It’s not. Don’t assume we want your phone number and don’t assume we want the attention. Sexual harassment isn’t the way to bag yourself a date with a hot crew member.

Would you ask the waiter in a restaurant to list every, single, item they serve….NO! Not only is there a brochure or magazine in your seat pocket, we’ve also made an announcement detailing the products we have.

Asking when we get to you holds up other people who are still waiting and its very tiring having to repeat yourself all day. Believe it or not there are other people on this plane besides yourself.

And will I make it?

Nope, still haven’t got a clue.

Look, we wish we could assure you that there won’t be delays and cancellations, but we can’t.

You’re best bet of making that connection is to get your sh*t together before we land then run like hell once you get off the plane.

We probably know less than you do about the reason we’re delayed and we’re probably just as annoyed as you are. Again we’re not psychic. We will try and keep you as informed and updated as possible.

Delays happen, every day, for millions of different reasons. Best bet, sit tight because whether you know or not it still doesn’t change the fact that you are stuck in a metal tube with no way out.

Yes the Captain is a woman and her co-pilot has gone through puberty and is old enough to fly a plane.

If you look outside you’ll also notice we’re not in the 1950’s anymore.

Clearly the only thing that hasn’t moved on all these years is your mindset.

I’m sorry but we’re not in the school playground anymore and I’m not here to sort out your petty squabbles.

So unless there is any problem after YOU have asked them I won’t be getting involved.

Are there any things passengers say to you that really get on your nerves? Pop them in the comments below. 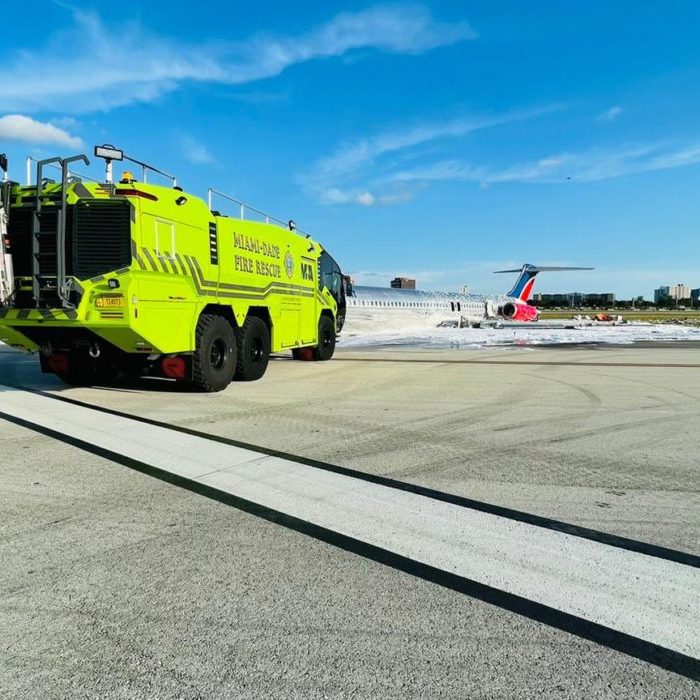 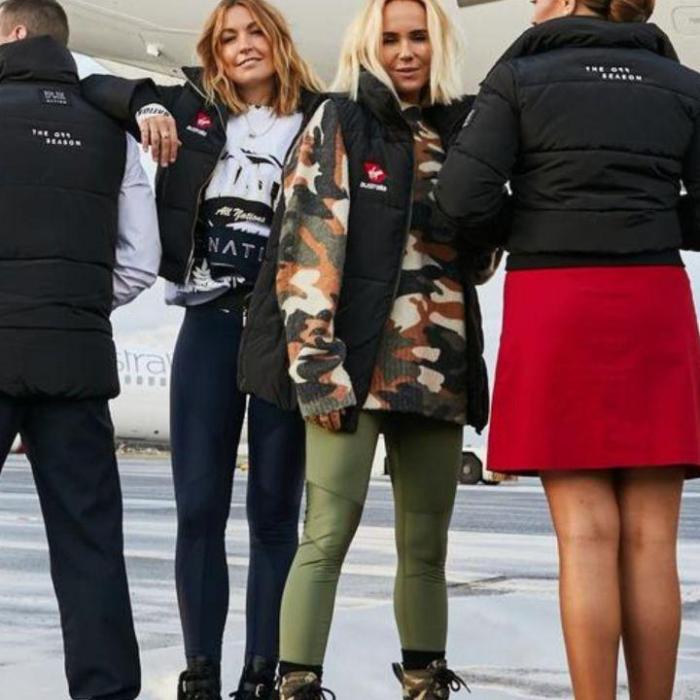 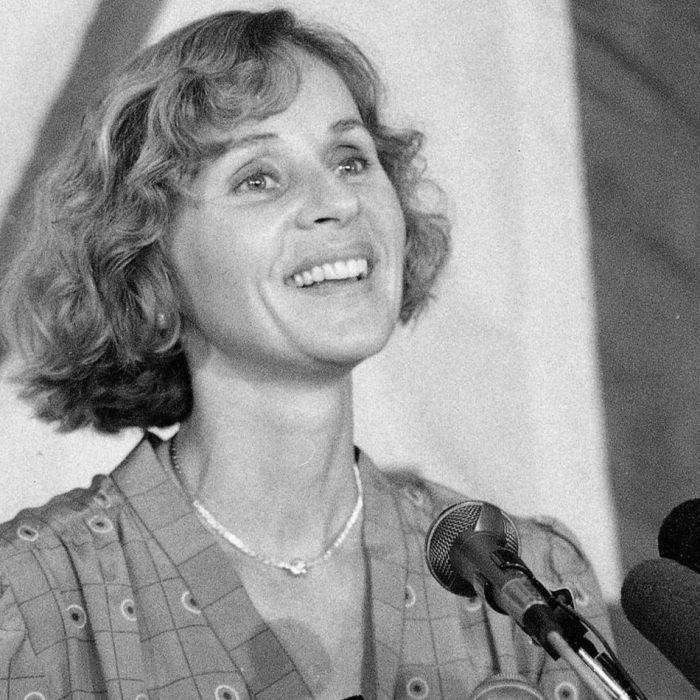